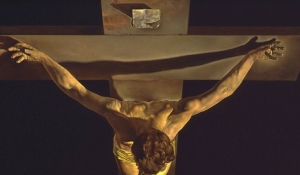 Most people I know today would be surprised to discover that while in college I was part of a very traditional, “high church” style choir called the Biola Chorale.  For four years, this group of people were my best friends and it was probably my deep love and involvement in the choir that caused me to take the four and a half year road to graduation as an English major.

One of the things I most appreciated and loved about the Biola Chorale, besides the friends and music, was the director, Loren Wiebe.

He remains one of the most influential men in my life, who spoke words of wisdom that were much needed by the young man I was.  He was a mentor, encourager, conductor, and, as I reflect tonight, spiritual father.

Mr. Wiebe has a deep and abiding love for his Savior.  Every concert we did on tour was a celebration of that love.  We sang songs of joy and happiness.  We sang spirituals and deeply personal songs.  We sang songs in German, Latin, English.  And we frequently spent a large portion of our concerts focused on the death and sacrifice of Jesus Christ.

Everything from movements from Bach’s choral work, “Christ Lay in Death’s Dark Prison” to a beautiful and haunting acapella arrangement of the final verse of “O Sacred Head Now Wounded.”

But the most moving and memorable reflection on the death of the Savior was an amazingly difficult, terrifyingly hard to perform, and yet altogether astounding acapella song by composer René Clausen, a 9 minute journey through the death of Jesus called “O Vos Omnes.”

Translated into English, it means “All who pass by,” and uses a verse from Lamentations (“All who pass by, see if there be any sorrow like unto my sorrow”) as its base.  In stunning bass and tenor lines, beautiful haunting words from alto and sopranos, using every combination of chant, traditional hymn, Latin, English, and Hebrew words (Jesus’ words, “Eli, eli, lama sabacthani” are alternately sung, chanted, nearly shouted) possible to create a choral image of the last moments of Jesus’ life on that Good Friday.

I don’t have a recording of the Biola Chorale singing it, but I have this amazing arrangement by the Concordia Choir that is nearly as good.  I can still picture the tension of the moments in a concert leading to this song, which took everything out of the singers.  I can still see Mr. Wiebe conducting it, pushing the quiet moments to near silence while nearly clenching his fists as the louder moments filled a quiet concert hall.  His eyes closed, it was clear his heart was full–full of sorrow, of gratitude, of wonder at the astounding sacrifice of the Savior.

Thank you, Mr. Wiebe, for this song, and for helping me not rush too quickly to Easter morning–to savor the quiet and the darkness and the sadness of the night the Savior was crucified for me.

You know that thing you believed in December? You know that name for Jesus we only use at Christmastime? IT WAS NEVER MEANT TO BE A ONE-TIME-A-YEAR THING. God with us means now. Right now. Today. If you believed it in the glow of Christmas lights, you MUST believe it in the harsh light of fear and worry. Because THIS is when it matters most. . . #emmanuel #coronavirus #shelterathome #saferathome #restingmerry #peaceinthestorm #sundaymorning #hanginthere #keepcalmandcarryon #christmasinmarch
Two years ago today, I wrote this in my #journal. I found it extremely timely. . "I am learning once again what it means to #trust. God shows me again and again that He is #faithful, but I fret and #worry. This is the new part of me that has to get used to trusting that God is always at work...God is faithful, even as I wait on what He wants to do next in my life. . I pray that I will be able to trust more fully, that I will see the many ways God is already at work, preparing the way. I pray that I will be present in the here and now, and not spend too much time thinking of what might be. I don't want to forget the plans that God has for each of us. I want to trust Him as I have never before. To know God is at work!" . I need this today. Maybe you do, too. . #hanginthere #keepcalmandcarryon #coronavirus #quarantine #writersofinstagram #writer #author #authorsofinstagram #shelterinplace #shelterinthestorm #throwbackthursday #thursdaymotivation #thursdaythoughts
Life is filled with good and bad, sometimes at the same time. Like one of those crazy Seattle days where the sun is shining brightly in the middle of a downpour and a rainbow bursts into view, you will often have moments that don't seem to fit together. How you respond shows the state of your heart. . God is at work in both the sun and the rain. It takes both to turn a seed into a flower, to make the grass grow, to bring renewal after the dark days of winter. When we are in uncertain times, it’s hard to remember that. . My encouragement to all of us today is to hang on to what is true and good and noble and pure and right—and to think on these things! . Whatever happens today, remember that He is still at work. The grey clouds of sorrow will give way to the sunshine of laughter. After the storm has passed, the #rainbow will come out—a promise of renewal and a new day for us all. . #keepcalmandcarryon #stpatricksday #encouragement #hanginthere #dontgiveup #tuesday #authorsofinstagram #author #writer #writersofinstagram #bibleverse #coronaquarantine #thinkpositive #positivevibes
Yesterday I spoke at the @ag_usa @agkidmin conference in Texas. With nearly 15 years of experience in #kidmin, it was so incredible to be able to share, laugh, and pray with #pastors from all over the United States. This couple volunteered in ministry with me in Seattle. They moved several years ago, but they found me yesterday. Today they are the children’s pastors at their church! What an incredible gift and legacy to see—a reminder that you never know the impact you will have on another’s life. . . #speaker #author #pastors #kidsministry #writer #writersofinstagram #authorsofinstagram #texas #travels #agkidmin
God did not give us a spirit of fear. He has given us one of power, love, and a sound mind. (2 Timothy 2:17) Turn off the news. Calm your heart and mind. Stop filling your head with terror and worry. Take precautions. Control what YOU can control and stop letting others control you. Leave some toilet paper for the rest of us. . . #keepcalmandcarryon #coronavirus #authorsofinstagram #writersofinstagram #writer #speaker #fridaythe13th #fridaythoughts #keepcalm
New glasses. Because of my rental car. . I was supposed to get a Ford Fiesta or something like that, but I was upgraded to a Mini Cooper Countryman. Drove it to the hotel and parked it in the garage. Got my luggage out of the trunk and realized I’d left my wallet on the front seat. When I opened the car door, I must not overcompensated, thinking it was a very heavy door, because the next thing I knew, I was on my knees on the ground, seeing stars, and pretty sure I’d broken my own nose with a car door. . But, like Ralphie in “A Christmas Story,” I suddenly realized my glasses weren’t on my face. Even the horror of beating myself with a british import was nothing compared to the fact that my glasses (which I’d already broken once during a visit to Vibrant and were glued together) were not on my face. I looked down and saw the disaster: lenses flung far, frames broken to pieces, and sadness everywhere. I spent the next day tracking down an eye doctor and a place where I could get new glasses quick it before my next trip in 24 hours. . #travel #roadwarrior #glasses #lenscrafters #eyeglasses #iflyalaska #author #authorsofinstagram #writer #writersofinstagram #travelingman #travelgram #alaskaairlines